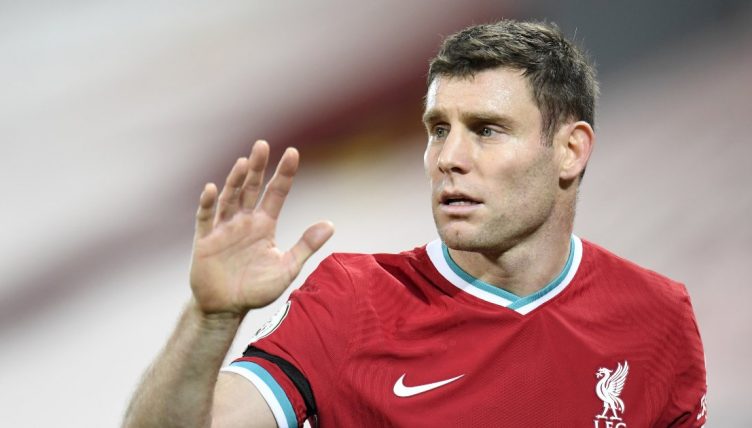 With the help of the Boring James Milner Twitter account, Milner has become characterised as steady and reliable rather than flashy.

“It’s typical of him that he sets another standard for a lot of other players,” Jurgen Klopp said in 2018. “He’s so important, he’s a role model in the dressing room. A proper English professional.

“He helps me a lot with his attitude and he is really smart. It’s just nice to have him around. He’s played different positions for us and did always well, even if he didn’t like it. Fantastic player.”

The 35-year-old retired from England duty in 2016 and is spending the international break at Liverpool’s AXA Training Centre.

During a recent training session, he showed that he’s more than just a brilliant professional by fooling Nat Phillips with a drop of the shoulder before finding the back of the net.

Milner has since tweeted about the incident, jokingly asking if it’s what Scousers call “being sent for the Echo”.

Is that what they call in Liverpool – “being sent for the Echo”? #ortheboltonnews #chopchop #firstthingtopasshiminawhile pic.twitter.com/YUTAQxZ3Ik