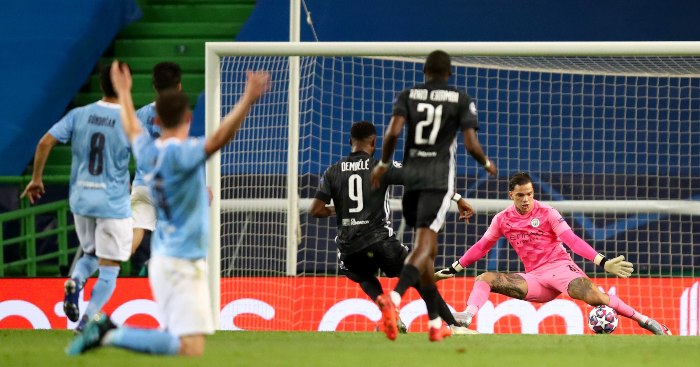 City were left stunned by a 3-1 defeat to Lyon, who took the lead in the first half through Maxwel Cornet before securing the win thanks to two late Moussa Dembele goals after Kevin de Bruyne had equalised for Pep Guardiola’s men.

Guardiola has been criticised for changing City’s tactics once again for a big Champions League knockout game, opting for a 3-5-2 formation to mirror Lyon’s.

Analysing the game beforehand, Carragher picked out one problem Lyon’s system would perhaps cause, highlighting City’s Premier League results whenever teams pack the middle of the field and force them to cross the ball from out wide.

A quick look over last night’s stats shows City crossed the ball 26 times to Lyon’s five, with De Bruyne accounting for 17 of those crosses himself.