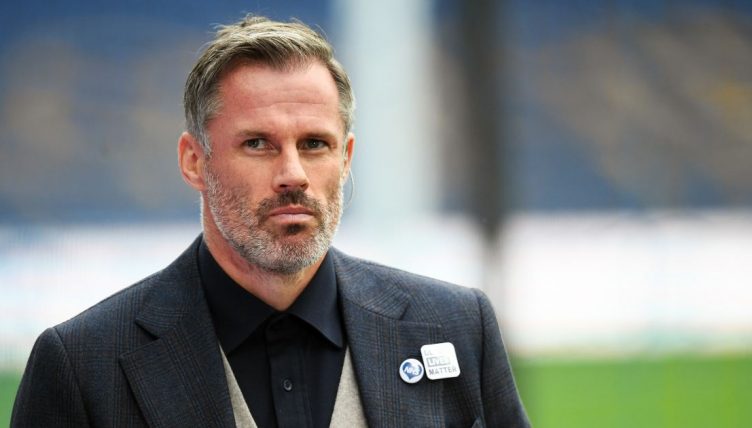 A defensive mix-up involving Liverpool‘s goalkeeper Alisson elicited a hilarious reaction from Jamie Carragher during the match against Manchester City.

Making pundits cover matches involving their former clubs can be a double-edged sword, but Carragher is normally good value whenever Liverpool are playing.

During their 4-1 defeat against City, in which Alisson made two massive errors, he was heard to anxiously squeal when the Liverpool goalkeeper erred in possession.

As he delayed his pass, the ball got caught up between Alisson’s feet allowing Phil Foden to close him down.

The anxious moment elicited a Gary Neville-esque noise from Carragher and Ilkay Gundogan scored for the visitors moments later.

“I think I’m going to have that yelp as my phone ringtone for the next week,” Neville said moments later.

Hey @GNev2, you said you wanted @Carra23's yelp as your ringtone 📞

We've got you covered 👊 pic.twitter.com/XjZSs7O5Mj