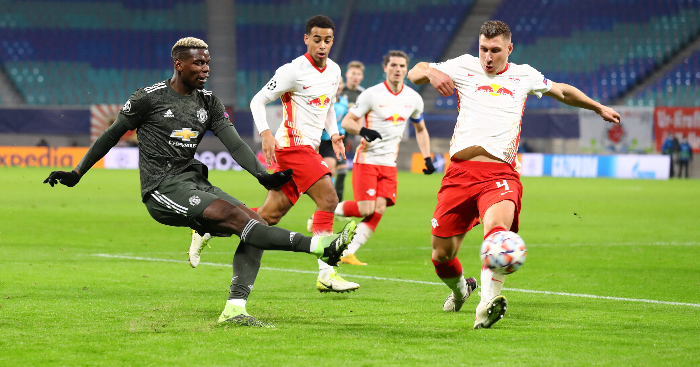 Carragher was nearly made to look foolish after sending a gloating tweet to his Sky Sports colleague and old sparring partner Gary Neville when United were three goals down to RB Leipzig.

Within five minutes of sending the tweet, Ole Gunnar Solskjaer’s men scored twice to come within one more goal of a famous late comeback that would have seen them through to the knockout stage.

United came agonisingly close too, in the final seconds when Leipzig’s Nordi Mukiele swung a leg at a cross, nearly sending it flying into his own net.

Watch his reaction to the heart-in-mouth moment below:

This was @Carra23 reaction to Man Utd's chance towards the end of the match 😅 pic.twitter.com/jinAg4FyY4