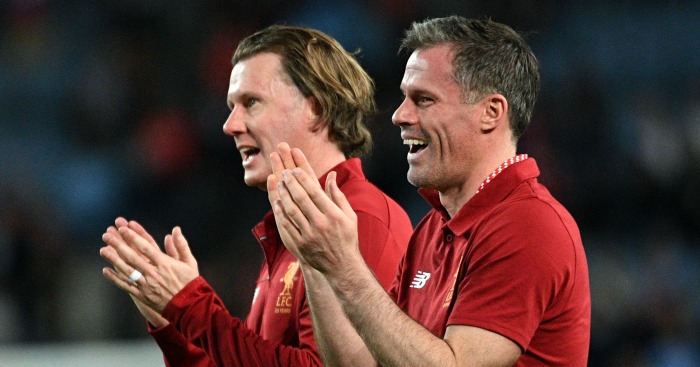 Jamie Carragher jokingly blamed Liverpool‘s “bad foreign players” for the club’s failure to win the title over the past two decades.

Despite winning the Champions League and numerous cups in the intervening years, Liverpool were last champions of England in 1990.

When asked by Jan Aage Fjortoft – one of the first foreign players to become a Premier League favourite – for his opinion on why the Reds have had to wait so long, Carragher joked: “Buying too many bad foreign players!”

What we really need to talk about, however, is Carra’s suit jacket…

.@JanAageFjortoft: – Why did you never win the league, Jamie?@Carra23: – Because of all of them awful players the managers bought! 😂 pic.twitter.com/0NvS639FQU