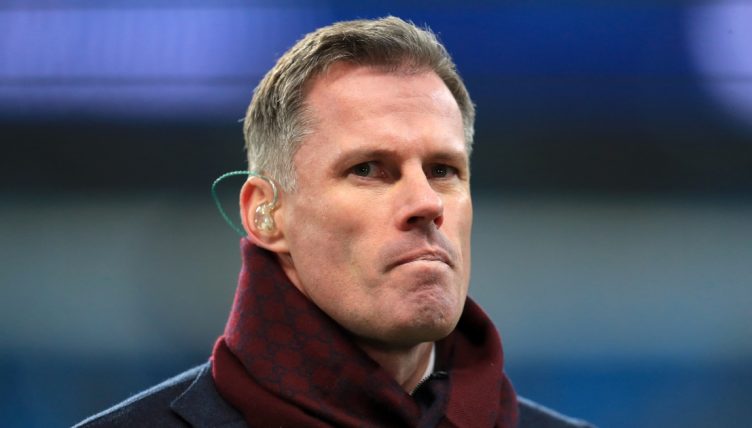 Manchester United fans have captured worldwide attention with their protests at Old Trafford, but we’d love to know what crossed Jamie Carragher’s mind when some supporters stormed the Old Trafford pitch.

Sky Sports cameras were present at the stadium and captured the moment when the Liverpool legend realised fans had entered the stadium.

While Geoff Shreeves could be heard condemning those involved (in scenes we definitely DON’T want to see, right?), Carragher had a look of alarm on his face as if the United fans had come for him personally.

When asked by Sky if they had spoken to him, Carragher replied: “Listen, it’s been peaceful, there’s no problem in the stadium, I’m unsure about outside the stadium, but it’s been a peaceful protest.

“They’re very unhappy with their owners, not just of what they’re doing in terms of buying a striker, or buying a player in the summer, I think as supporters and how they’ve been treated at this club and how they’ve gone about it.

“The frustration comes from that and it’s obviously heightened with what happened with the Super League. Yes, we all want to see a game of football, we don’t want to see any trouble but I can’t stand here and have a go at Manchester United fans.

“My own supporters, Liverpool, probably 10 or 15 years ago were doing these type of things, marching outside of stadiums to get rid of Hicks and Gillett.

“I would not have a go at any Manchester United fan as long as it’s peaceful and there’s no trouble.

“Football means a lot for a lot of people and Manchester as much as anybody. A peaceful protest and they’ve only got themselves to blame, the ownership.”