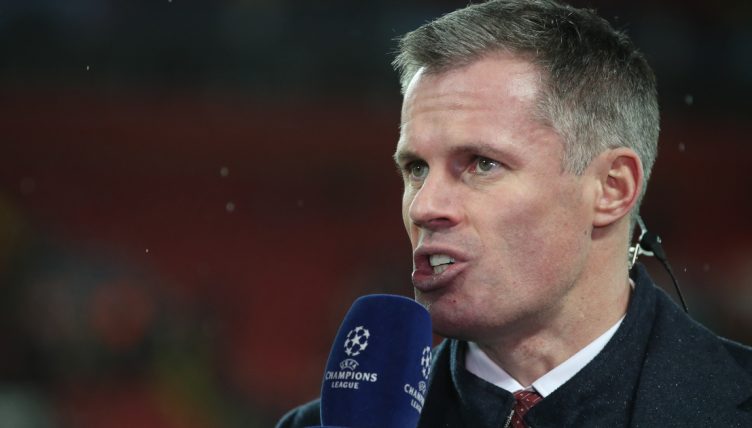 It’s a good thing Jamie Carragher made it as a footballer at Liverpool as he wouldn’t have had a career in impressions no matter how hard he tried.

Carragher attempted to do an American accent to close out CBS’ Champions League coverage on Wednesday night to celebrate Thanksgiving, which took place the next day.

Presenter Kate Abdo encouraged Carragher to end the show with his attempt at an American accent, pointing out that she had done so in a Scouse accent on an earlier occasion.

“What a matchday this was,” Carragher began, sending Thierry Henry and Alex Scott into hysterics with his first few words in the ‘American’ accent.

The awkwardness was such that both Scott and Henry had to hide their faces behind her notes as they burst out laughing, with Henry mocking Carragher’s stretched-out pronunciation of the word ‘was’.

There was a splattering of applause once he was done, with Scott only able to muster a simple “yeah” in response to what she had just heard.

The debate about PSG's 'passengers' last night was good, as was Carragher's American accent (which is better than most Americans' attempt at Scouse!) pic.twitter.com/ctg7xnsL2g