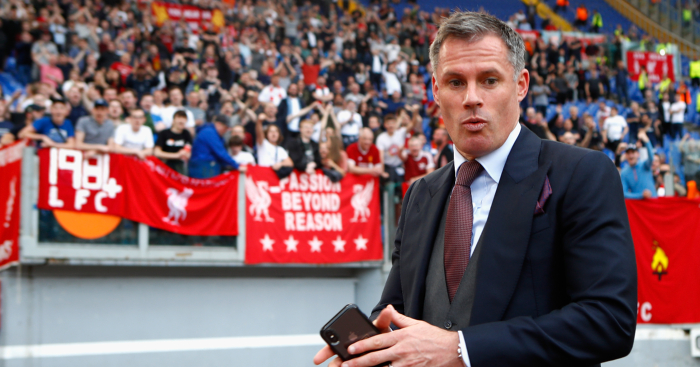 Jamie Carragher warmed up for Liverpool‘s clash with Real Madrid in the Champions League final by soaking up the atmosphere with Reds supporters.

Liverpool face Real Madrid in Kiev on Saturday evening aiming to win their sixth European Cup against the side who have lifted the trophy in three of the last four years.

Jurgen Klopp’s men face a daunting task – although the German does have previous when it comes to upsetting Madrid – but the Reds have so far enjoyed a rollercoaster ride in the Champions League this season.

Their fans have been with them all the way, and despite a number of flight cancellations leaving supporters stranded in England, thousands have made the trip to Ukraine.

Former Liverpool hero Carragher has also made the journey, and he was pictured in a bar singing his praises for Mohamed Salah to the tune of James – Sit Down.