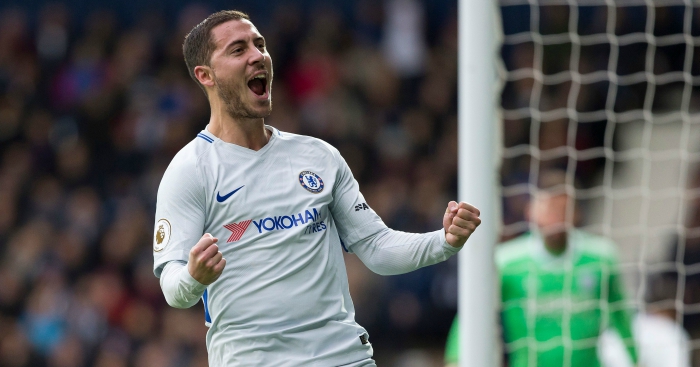 Eden Hazard has found some of his best form for Chelsea in recent weeks – and the attacker has certainly caught the eye of Sky pundits Jamie Carragher and Craig Bellamy.

Hazard missed the start of the season after fracturing his ankle on international duty in June.

The 26-year-old missed pre-season but appeared back to full fitness at the weekend as he scored and provided an assist in Chelsea’s victory over West Brom.

“It’s a bad thing to be injured, but I also think it was a good thing for my body to recover,” said the Belgium international. “I have played as a professional for 10 years now and I’d never had a big injury like this.

“It was the first time and it gave me two months’ recovery time. I’m feeling good now, the injury is in the past and I can concentrate on the future.”

And former Liverpool defender Carragher spoke on Sky Sports’ Monday Night Football about just how impressed he has been with Hazard since his return – watch the full clip below.