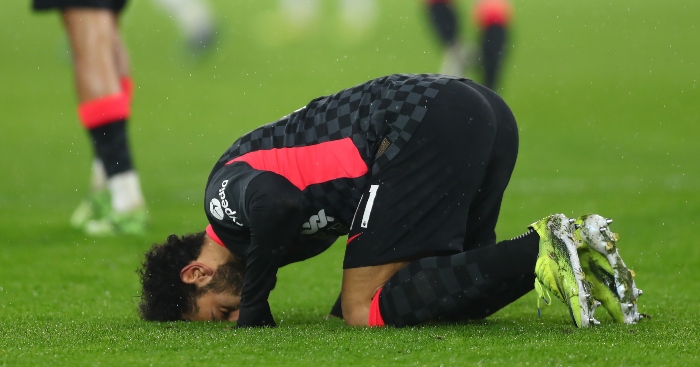 Salah put in a match-winning performance for the Premier League champions, scoring two goals as Liverpool picked up an invaluable away win.

Yet this didn’t deter Souness from accusing the Egypt international of greediness.

Redknapp had launched a staunch defence of Salah, claiming he doesn’t get the respects of contemporaries like Harry Kane.

Speaking on Sky Sports, the ex-Liverpool captain asked: “Have you ever seen anyone more greedy than him?”

In reply Redknapp said: “I’ve seen a few people round the buffet like that”

Souness went on to claim there were no players as greedy as Salah in the teams he played in.

Souness 🗣 "Have you ever seen anyone more greedy than him?"

Jamie 🗣 "I've seen a few people round the buffet like that" 🤣

Souness 🗣 "If my mate was playing with him, they'd be fighting"