Watch: Jamie Vardy uses the corner flag as a guitar with iconic celebration 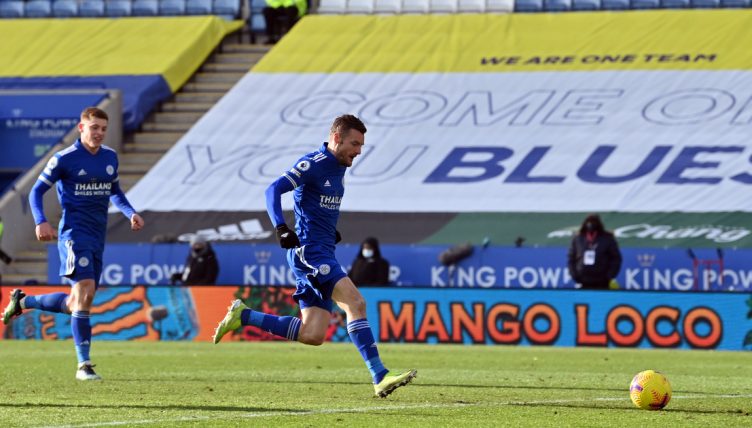 Jamie Vardy helped ensure Leicester City‘s challenge for a Champions League place took a big step in the right direction with a crucial goal in their win over Liverpool.

The forward bounced back from his recent injury problems in style, pouncing on a calamitous mix-up between Alisson and Ozan Kabak and making no mistake in front of an empty net.

You would have forgiven the King Power corner flags for being a tad nervous after the ball crossed the line.

Not that long ago we saw the 34-year-old completely obliterated one at Bramall Lane after scoring a late winner against Sheffield United.

But he took a much more fun-filled approach this time, choosing to do his best impression of famous Foxes fan Serge Pizzorno as he turned the flag into a guitar.

The result takes Brendan Rodgers’ side seven points clear of fifth-placed Chelsea for now, with the Champions League well in their sights.

Jamie Vardy played the corner flag like a guitar 🎸🎶 pic.twitter.com/oPejoQBgXA