Watch: Japanese side score from own half twice in just 90 seconds 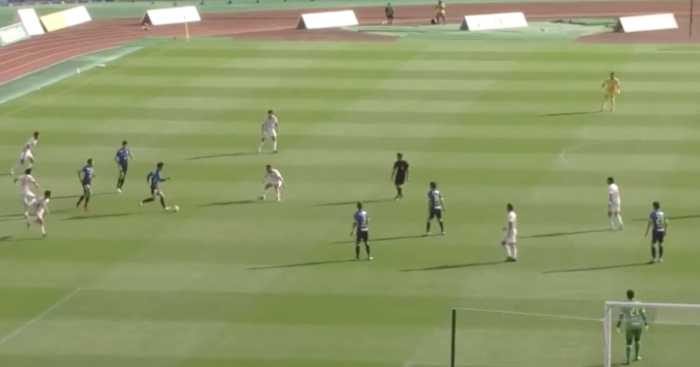 Scoring a goal from inside your own half is one of the rarest of thrills in football – and fans of Montedio Yamagata were treated to the phenomenon not once but twice inside 90 seconds of their 3-0 win over Ehime FC in Japan’s second tier.

Similar to seeing an outfield player go in goal, scoring a goal from over the halfway line is one of those phenomenons you often see go viral on social media but rarely happen to your own team.

We can only imagine the excitement of Montedio Yamagata fans, then, when they got to see their side do so twice in the space of a minute and a half.

Shun Nakamura did so first in the 61st minute and Tatsuhiro Sakamoto replicated his feat shortly afterwards.

Admittedly, the less said about goalkeeper the better.