Watch: Jermain Defoe rolls back the years with super strike for Rangers 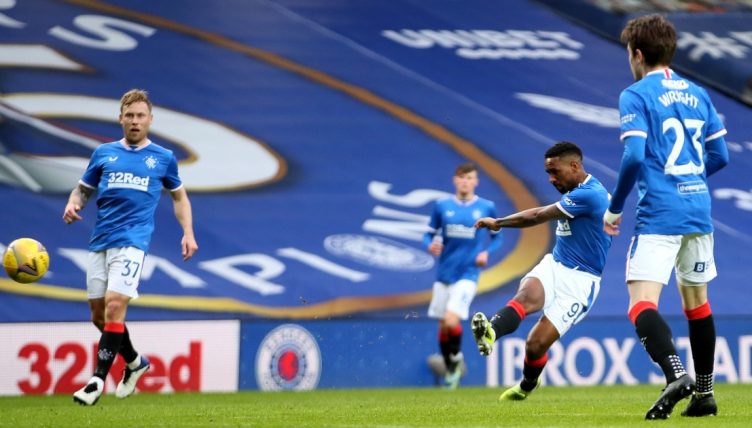 Rangers striker Jermain Defoe rolled back the years with a superb long-range strike against Cove Rangers.

Managed by Steven Gerrard, Rangers are looking to add the Scottish Cup to their first league title in a decade.

And the 38-year-old Defoe got them started in emphatic fashion against the minnows of Cove Rangers.

Receiving the ball in the middle of the opposition half, Defoe turned his opponent who subsequently fell to the floor.

Taking advantage of the complete lack of resistance, the former England striker took a couple of touches to steady himself before rasping a long-range piledriver past goalkeeper Stuart McKenzie.

Defoe celebrated with restraint, but such a natural goalscorer must have been delighted to score the 302nd club goal of his long career.

What a hit that is from Jermain Defoe to fire @RangersFC in front! 😱🚀

Just as deadly as ever 🔥

"This guy was born to score goals." 🗣 pic.twitter.com/scteb9Ll76