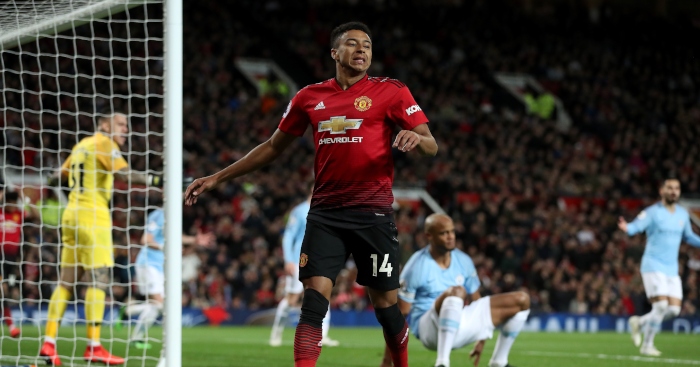 Liverpool fans were in the uncomfortable position of supporting Manchester United on Wednesday night – but they were left to rue a terrible miss from Jesse Lingard as Manchester City took a huge leap towards the Premier League title with a 2-0 win at Old Trafford.

Traditional rivals with Manchester United, Liverpool needed Ole Gunnar Solskjaer’s side to get a result against City to remain top of the league with just three matches remaining.

United frustrated City for the first half, with the game goalless at the break, only for Bernardo Silva to score shortly after half-time with a clever finish.

Only a minute later, Lingard was presented with a huge opportunity to equalise but completely fluffed his lines with the goal at his mercy.

And City made United pay for Lingard’s error as Raheem Sterling teed up Leroy Sane to double their advantage 10 minutes later.