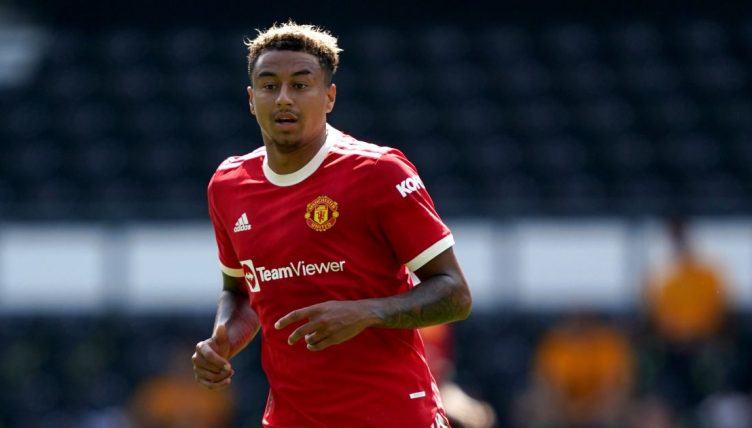 Jesse Lingard was inches away from scoring a sensational goal during Manchester United‘s pre-season friendly win over Derby County.

After falling out of favour at United, Lingard decided to join West Ham on a six-month loan deal in January 2021 in search of regular first-team football.

He rediscovered his best form at Upton Park, registering nine goals and five assists in 16 appearances for the Hammers.

Despite being linked with a permanent move to West Ham, he has returned to pre-season with United and came off the bench against Derby.

With United winning 2-0 thanks to goals from Tahith Chong and Facundo Pellistri, Lingard cut inside and hit the crossbar with a spectacular effort.

“Jesse has come back, he’s been bright and he wants to fight for his place,” Ole Gunnar Solskjaer said in a post-match press conference.

“There’s nothing better than seeing players willing to fight for their place. Of course, what he did towards the end of the season, that is the true Jesse.

“That’s what we know he is capable of. I think we saw towards the end [of our own season] that we lacked maybe some options at times.”