Watch: Jesse Lingard scores for Man Utd amid speculation about his future 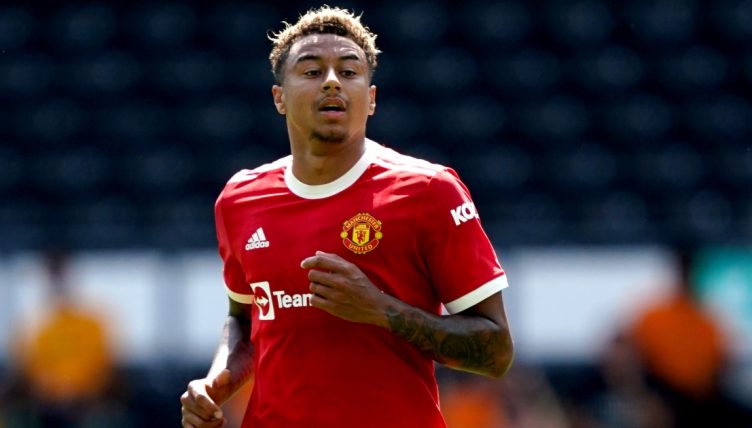 Jesse Lingard put speculation about his future aside to score for Manchester United in their friendly at QPR.

Lingard spent the second half of the 2020-21 season at West Ham, where his impressive form has sparked plenty of interest in his signature.

And with United having splashed the cash on Jadon Sancho, plenty of supporters think Lingard may be best served to seek a move elsewhere.

But the England international remains at Old Trafford and has enjoyed an impressive pre-season so far.

His fierce shot rattled the crossbar during last Sunday’s win at Derby and Lingard opened the scoring against QPR on Saturday afternoon.

A pass was played into the feet of Facundo Pellistri, who laid the ball off to Lingard with one deft touch.

With only the QPR goalkeeper to beat, the 28-year-old poked his shot underneath him to give United the lead.

Spekaing about Lingard’s future, United boss Ole Gunnar Solskjaer told reporters: “Jesse has come back, he’s been bright and he wants to fight for his place.

“There’s nothing better than seeing players willing to fight for their place. Of course, what he did towards the end of the season, that is the true Jesse.

“That’s what we know he is capable of. I think we saw towards the end [of last season] that we lacked maybe some options at times.

“He’s still in my plans. I expect him at Man Utd at the start of the season.”