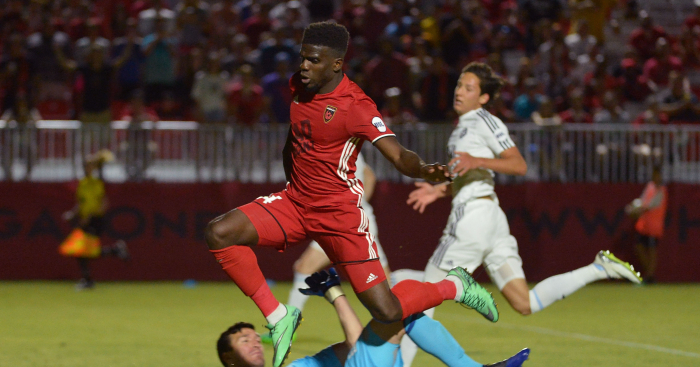 Arsenal and Manchester United men have hit the headlines scoring stunning scorpion kick goals, but this may be even better.

Then, former Arsenal and current Chelsea forward Olivier Giroud went one better just weeks later as he fired a scorpion kick into the top corner on the end of a glorious flowing move, which earned him the Puskas Award for 2017.

However, both those Premier League efforts may have been eclipsed by this absolute belter by Jason “JJ” Johnson in the United Soccer League.

Phoenix Rising were 1-0 up in the first half against Tulsa Roughnecks when full-back Dia Amadou went flying down the wing, delivering a cross towards Johnson who was arriving in the area at pace.

The Jamaican wasn’t fazed though, as he adjusted and rocketed the ball into the top corner with a flying scorpion kick from just inside the box.