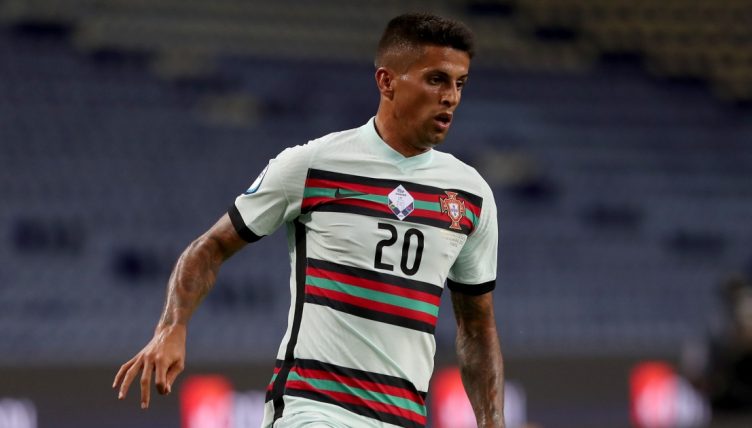 Manchester City‘s Joao Cancelo pulled off one of the best pieces of skill you’ll see all year with a double nutmeg in Portugal’s 3-0 win over Azerbaijan on Tuesday evening.

There was a distinctly North West flavour to Portugal’s comfortable victory in Baku, in which Manchester United’s Bruno Fernandes, Liverpool’s Diogo Jota and City duo Bernardo Silva and Cancelo put on a show. Cristiano Ronaldo, meanwhile, was suspended and is currently training back at Carrington with his United team-mates.

Fernandes played exceptional crosses for two of Portugal’s three goals, scored by Bernardo Silva, with Jota having a hand in another.

Silva’s finish for the opening goal was special, but the highlight of the match undoubtedly belonged to Cancelo, who was under pressure out by the byline.

He nutmegged the first man with a wonderfully impudent piece of skill, bamboozling him with two deft touches, before a stunning flick went through the legs of another Azerbaijan player.