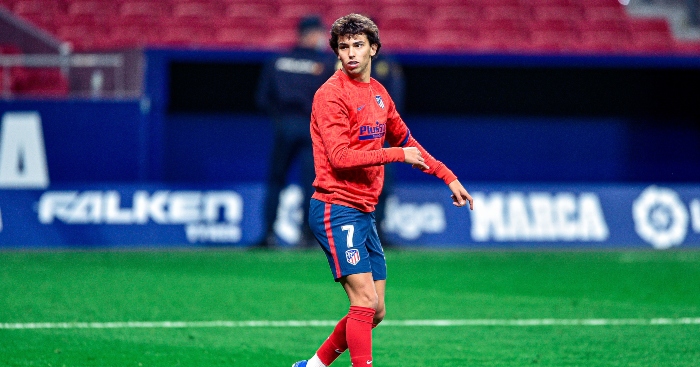 Joao Felix has had a difficult time of things at Atletico Madrid, but the Portugal international is a huge talent.

Just look at this effort against RB Salzburg, the type only a player of obscene ability would even attempt.

The cross was floated into the penalty area, bypassing the Austrian defence and finding Felix in space.

Instead of trying to control the ball, the 20-year-old flings himself acrobatically into the air and connects with a first-time volley.

The startled goalkeeper could only watch as the ball crashed against the crossbar and bounced away to safety.

Felix looked on in disbelief, as did we.

If only this over-head kick effort from Joao Felix had gone in 😳 pic.twitter.com/M1iikMjuXB

Felix eventually got on the scoresheet in the second half, tapping in from close range to make it 2-2.