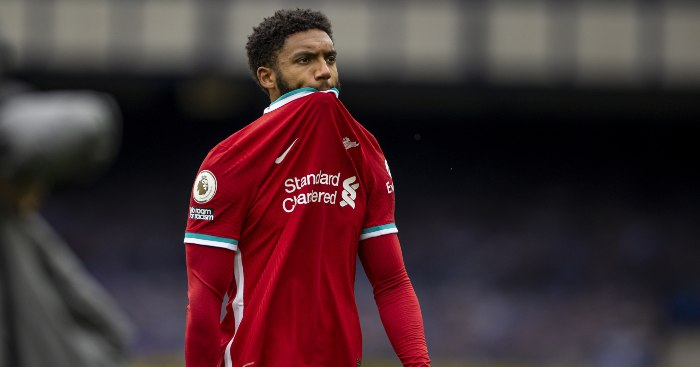 The Merseyside derby lived up to its reputation on Saturday as Everton drew 2-2 with Liverpool in a fiery and highly-controversial encounter at Goodison Park.

Everton twice came from behind to thwart Liverpool as goals from Michael Keane and Dominic Calvert-Lewin cancelled out strikes from Sadio Mane and Mo Salah’s 100th goal for the Reds.

But there was controversy throughout as Jordan Pickford escaped punishment for a wild challenge inside the area that injured Virgil van Dijk, with the Liverpool defender deemed offside in the build up, while VAR also ruled out a late ‘winner’ from Jordan Henderson in stoppage time.

Everton did end the game with 10 men after Richarlison’s wild challenge on Thiago Alcantara. The Toffees forward apologised to Thiago on social media afterwards, but substitute Joe Gomez, who replaced Van Dijk in the first half, could hardly believe what he was seeing.

Gomez’s reaction to tackle on Thiago from r/LiverpoolFC