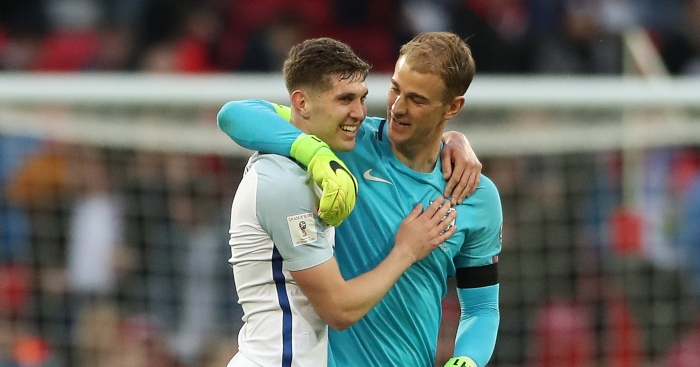 Pep Guardiola and Jose Mourinho will have been looking for plenty of fight from their players as Manchester City prepared to face Tottenham.

However, their substitutes playfighting on the pitch before the game probably wasn’t what they meant if they mentioned it during their team talk.

That is what we all got to see though, as former team-mates John Stones and Joe Hart could be seen mucking about with each other while the warm-ups were going on.

Having played together at City, before Guardiola decided he didn’t want Hart between the sticks, the pair still clearly get on very well.

Usually, before a game of this magnitude, everybody would be looking incredibly serious, as they look to prepare for the game in an effort to get all three points for their team.

We think it’s pretty refreshing to see two of the subs having a laugh, especially as they had a nice hug to round things off nicely.