Watch: Joe Hart takes part in celebration of the season at Celtic 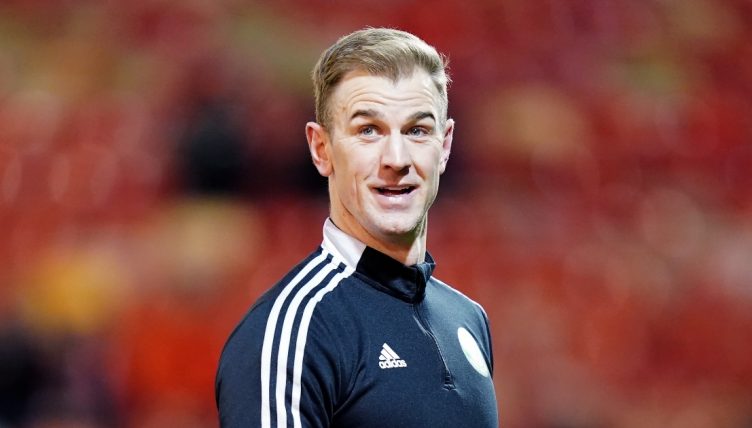 The Benfica loanee has been an instant hit with the Celtic supporters since his arrival in the summer. His own catchy version of O-Zone’s Dragostea din Tei, sung to serenade the youngster is testament to this.

Ange Postecoglu’s side have a great chance of regaining the SPFL title this season and victory at Pittodrie did their aspirations no harm.

Jota and Matt O’Riley had twice put Celtic ahead but the hosts bounced back to equalise twice. It took a Jota finish in the 62nd minute to clinch the three points for the league leaders.

But it was the 22-year-old’s first goal which will live long in the memory. Not for the goal itself, but rather his choreographed celebration with Hart.

Seconds after scoring, Jota pulled out a ‘Tiger Woods-esque’ golf swing aiming in the direction of the England international who comically leaped into the air pretending to catch the imaginary ball.

Hart even had time to pose for a selfie with an Aberdeen fan who entered the pitch in the match. Certainly, some unusual antics were going on in Scotland last night!