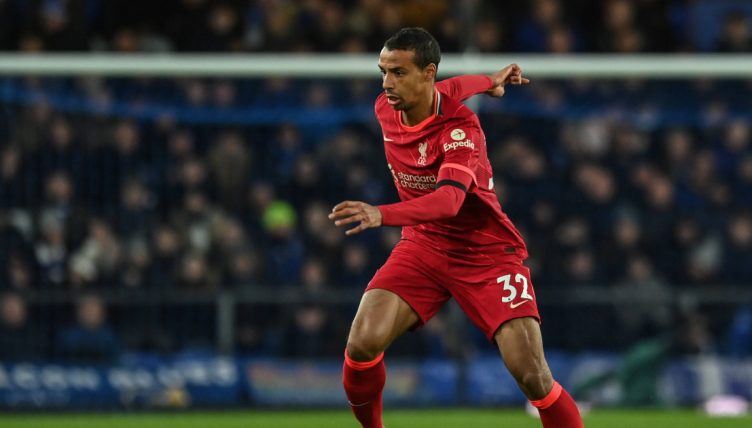 Matip received the ball just inside the Brentford half and found himself with plenty of space in front of him.

The Cameroonian decided to run with the ball into the space and drifted past Brentford’s first line of defence with Ivan Toney and Bryan Mbuemo not pressing the central defender.

A Brentford midfielder then moved to intercept the ball from Matip, but the Liverpool man was now in full flight and had no intention of laying the ball off, dribbling into the space the Brentford player had just vacated.

Once onto the edge of the opposition’s box, Matip used some close control to keep the ball away from the Brentford players who surrounded him before getting his shot off just inside the box.

Unfortunately, it was smothered by the Brentford bodies and goalkeeper Alvaro Fernandez gratefully clutched the ball to his chest.

It was a stunning run by Matip but was not the first occasion on which he has gone close to scoring a sensational solo goal.

Matip has retained his starting spot at Liverpool despite the arrival of Ibrahima Konate in the summer from RB Leipzig, and for good reason.

The centre-back has been in top form this season and has already confirmed his place as a fan favourite at Anfield.