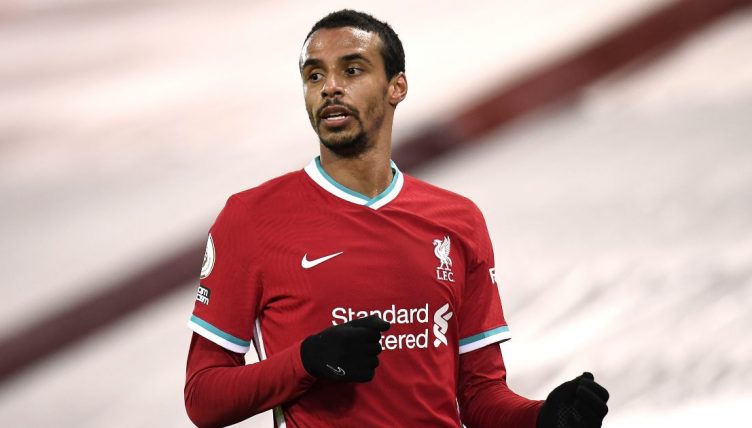 Despite being a defender, Joel Matip ventured forward and beat Ibrahima Konate to score a brilliant goal in Liverpool training.

Matip has been plagued by injury problems in recent seasons and could struggle for first-team opportunities following Konate’s arrival.

But the Cameroon international got the better of their new signing during a small-sided game, firing the ball through his legs and finding the back of the net.

Mohamed Salah, who was playing on Konate’s team, couldn’t hide his frustration and threw his hands up in the air in disgust.

Matip proved that this wasn’t a fluke by scoring another solo goal later in the session.

“I’m feeling good. It’s nice to be back in training with the lads and to just be playing, playing [with] the ball and being active,” Matip recently told Liverpool’s official website.

“I feel really good at the moment. I have a lot of sessions ahead of me but I am feeling good and I hope to continue like this.

“Training camps are always intense but for these moments we are here and these belong to pre-season and we try to enjoy it.”