Watch: Joelinton attempts an overhead kick vs Liverpool, you can guess the rest 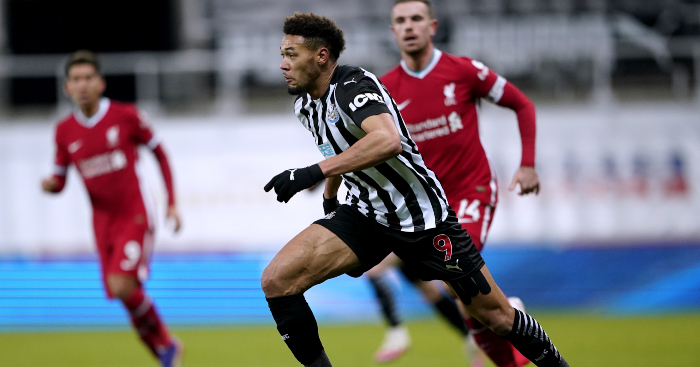 There are two choices for a footballer struggling to put things together on the pitch: they can either shy away from the ball in the hope of not attracting any more undue attention or grab the bull by the horns and try to play their way back into form.

Sebastien Haller opted for the latter at West Ham recently. The sixth most expensive striker in Premier League history has cut a beleaguered figure for much of his time in east London but reminded the Hammers faithful what all the fuss was about when he scored a stunning overhead kick against Crystal Palace, having been foiled attempting a similar effort against Leeds United in his previous appearance.

Parallels can be drawn between Haller and Newcastle United striker Joelinton. Both forwards arrived in big-money moves from the Bundesliga in the summer of 2019 to much fanfare, both have largely underwhelmed for the majority of their time in England.

To Joelinton’s credit, it’s not for a lack of trying, and the Brazilian was confident enough to try an overhead kick in Newcastle’s 0-0 draw with Liverpool at St James’ Park on Wednesday night. Given the scoreline, we don’t need to tell you he didn’t score. We’re sad to say he didn’t actually connect with the ball.

Still, given what happened to Haller, we’ll be putting all our money on Joelinton to score an overhead kick in his next appearance.