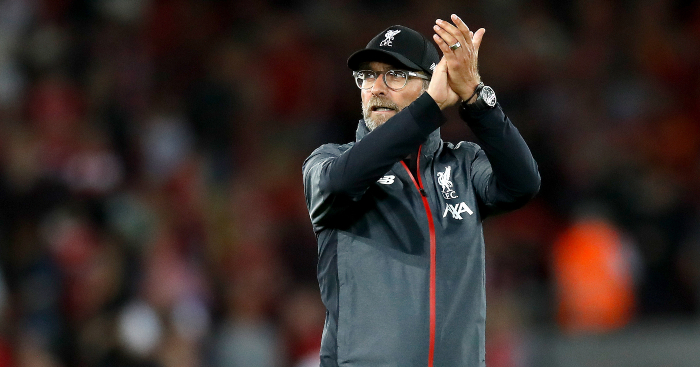 John Henry may be the owner of Liverpool, but he knows like everybody else at Anfield that Jurgen Klopp is “boss”.

Henry was in attendance at Anfield on Friday night as Liverpool beat Norwich City 4-1 in their opening fixture of the Premier League campaign.

An early Grant Hanley own-goal set the Reds on their way before Mo Salah, Virgil van Dijk and Divock Origi made it 4-0 at the break.

Teemu Pukki did pull a goal back for newly-promoted Norwich, but it was a dominant start to the campaign for Liverpool.

And while the match itself provided plenty of entertainment, Reds supporters enjoyed the moment beforehand when Henry waited outside the changing rooms for Klopp.

Can you name Liverpool’s top scorer from every Premier League campaign?