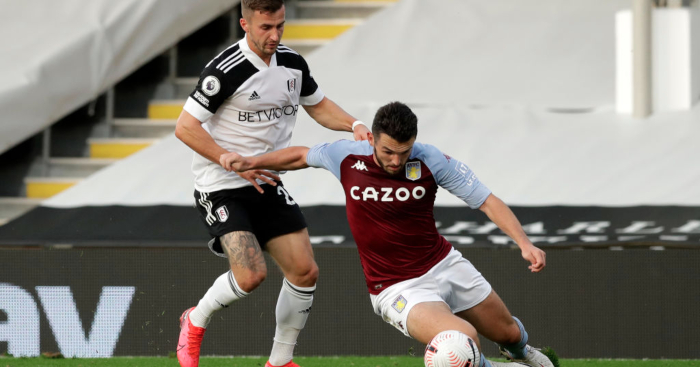 Aston Villa thrashed Fulham 3-0 at Craven Cottage on Monday night – and one moment in particular from John McGinn summed up just how superior Dean Smith’s side were.

Villa opened the scoring after just four minutes thanks to Jack Grealish, but while the captain’s finish was top-notch, it was McGinn’s scintillating pass that unlocked the defence.

And McGinn completed his transformation into peak 2000s Zinedine Zidane with his second assist, a delicate set up for Conor Hourihane after some excellent work by Ollie Watkins.

There was one moment in particular, though, that really took the p*ss out of Fulham in the first half.

The Scottish Zizou took on poor Joe Bryan and pretty much pulled his pants down, spanked him and sent him on his merry way.

After picking up the ball, it came a little away from him, but McGinn decided to roulette Bryan all the way back to Bristol City.

In fact, the roulette was so nasty that Bryan genuinely looked like he has injured himself or maybe just got dizzy from being spun like a dreidel.

John McGinn summing up the first half at Craven Cottage…