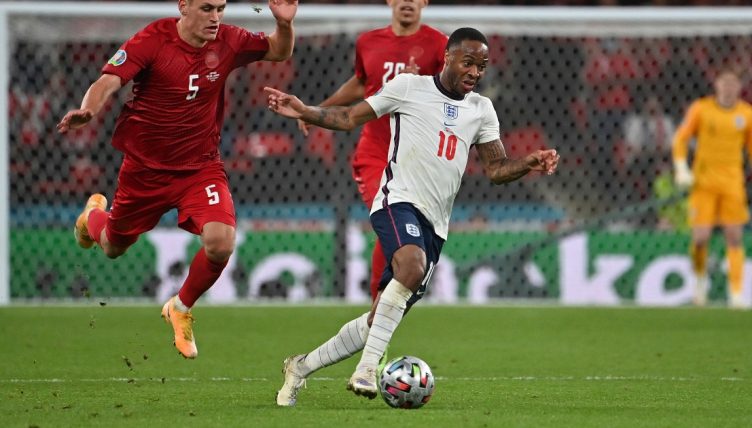 John Stones has tipped his England and Manchester City teammate Raheem Sterling to take home the player of the tournament prize at Euro 2020 ahead of Sunday’s final with Italy.

Sterling has been a huge driving force behind the Three Lions’ run to their first Euros final, scoring against Croatia, Czech Republic and Germany while also putting in great displays against Ukraine and Denmark.

Both he and Stones have played in every game of the tournament so far and will no doubt start against Italy in the final.

The clash with the Azzurri at Wembley will also see individual awards given out, including the golden boot and player of the tournament.

If he were to win the latter, Sterling would join the likes of Antoine Griezmann, Andres Iniesta, Xavi and Zinedine Zidane in the winners’ enclosure.

“I’m a big fan of Raheem’s and I’d love to see him get player of the tournament,” Stones told a pre-match press conference.

“The unselfish part of his game goes unspoken about but as players we see it. I couldn’t be happier for him, he’s gone through some difficult times personally.

“You can see it’s motivated him and he’s come out the other end a better player. That’s what top players do.”

🗣"I would love to see him get player of the tournament." ❤