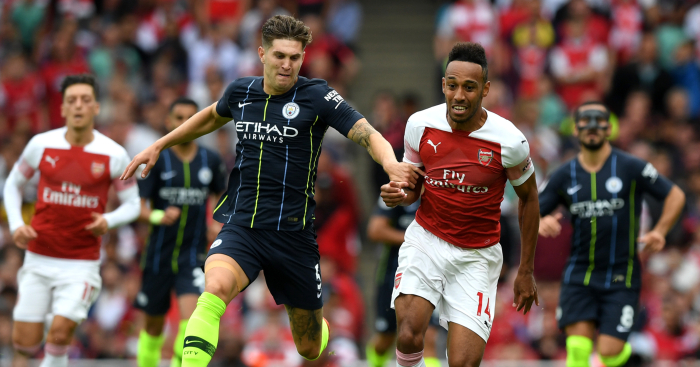 Raheem Sterling opened the scoring in the first half for City, netting from 20 yards for his 50th Premier League goal.

Bernardo Silva then made it two in the second period on the end of a well executed City breakaway, Benjamin Mendy claiming his second assist as he pulled the ball back for the Portuguese international to finish well.

Arsenal briefly thought they had pulled one back with 12 minutes on the clock when Pierre-Emerick Aubameyang was played in over the top, lofting the ball over Petr Cech.

However the offside flag was up and the referee blew his whistle early, with the Gabonese forward clearly in an offside position.

That wasn’t to stop John Stones, however, as the City centre-back chased the ball into the unguarded goal, before losing his footing as he took an air-kick, bundling himself into the net in the process.