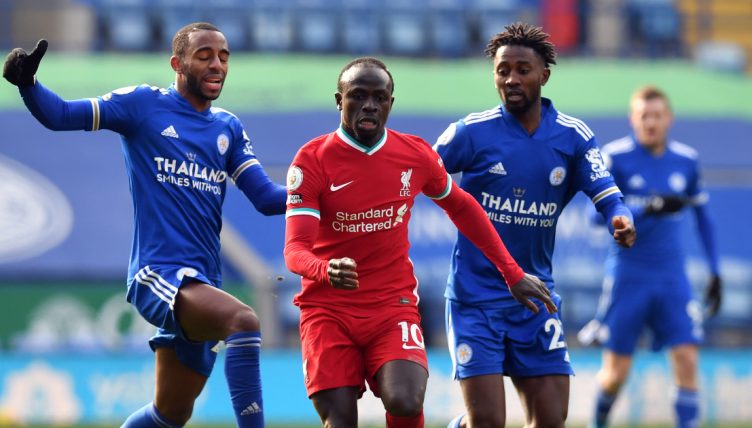 Liverpool have endured a terrible start to 2021 and their poor run of form continued with a 3-1 defeat against Leicester City.

Mo Salah gave the Reds the lead on the 67th minute with an excellent instinctive finish and that looked likely to secure three points for a while in a game of relatively few chances.

But 11 minutes later, James Maddison arrowed in a free-kick to bring the Foxes level after Thiago fouled Harvey Barnes on the edge of the box.

Jamie Vardy then capitalised on a mix up between Ozan Kabak and Alisson, tapping the ball home from close range before producing an iconic celebration.

However, some eagle-eyed viewers spotted what looked like a foul on Sadio Mane in the build-up to Leicester’s second.

The forward appeared to be shoved in the back by Jonny Evans before the ball was played to Tielemans but VAR didn’t check the incident.