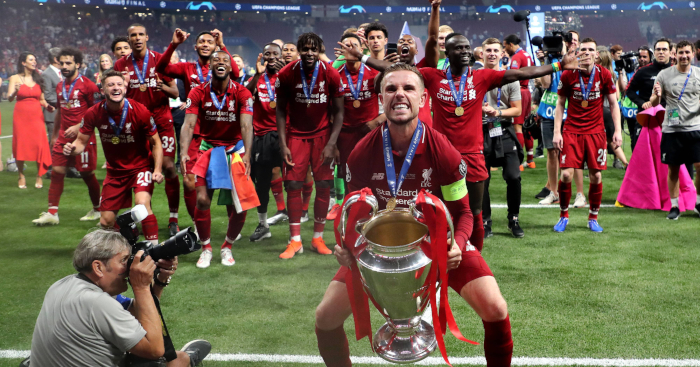 Jordan Henderson showed just how much lifting the Champions League with Liverpool meant to him during an embrace with his father after the Reds beat Tottenham 2-0 in Madrid on Saturday night.

While the final was relatively straightforward, Liverpool’s journey to the final has been remarkable, most notably due to their stunning comeback against Barcelona in the semi-final, while it has also been a rollercoaster for Henderson.

The midfielder’s place in the side has been under threat all season, but a tweak in role has brought the best out of the Reds’ captain and he thoroughly deserved to lift the trophy at the Wanda Metropolitano.

And emotion understandably got the better of Henderson when he joined his dad after the trophy presentation.

Henderson’s dad had throat cancer and asked him not to see him while he was going through treatment. I’ve hugged a parent in the same way for similar reasons and this video is definitely the highlight of the season pic.twitter.com/FgSlaYUUdY