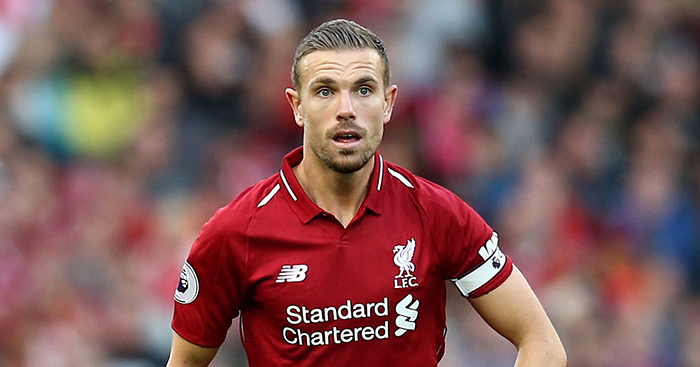 Jordan Henderson is used to helping his team-mates on the pitch for Liverpool – but the England midfielder probably isn’t used to passing on messages quite as important as this one.

Henderson was filming Bezzies for Liverpool’s YouTube channel alongside Trent Alexander-Arnold, with one player answering questions about the other while he sat behind listening to music on a crew member’s phone.

And a few questions in, Henderson was the one with the phone when the crew member received a text to inform him his wife had gone into labour.

Henderson’s casual passing on of the message combined with Alexander-Arnold’s reaction – not to mention that of the crew member – made for a brilliant scene, which you can watch below.

When you’re on a shoot and @JHenderson tells you that your wife’s waters have broken!!
Cheers Hendo! 😂😂😂 #LFC @trentaa98 pic.twitter.com/Z1Wxk6WkND

The full video is also well worth a watch, incidentally, featuring Henderson revealing himself as a big Alicia Keys fan – much to the surprise of Alexander-Arnold.