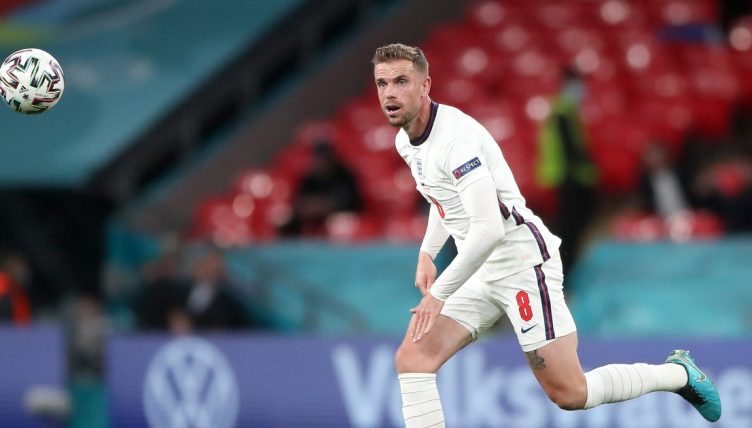 Liverpool captain Jordan Henderson was denied his first England goal by the offside flag during the Euro 2020 match against the Czech Republic.

Henderson had made 59 appearances for England before Wednesday’s match at Wembley without scoring for his country.

The midfielder came closest during England’s pre-tournament friendly against Romania but saw his second-half penalty saved.

And Henderson must have momentarily thought he’d broken his scoring duck when he latched onto a Jude Bellingham prod and stabbed home from close range.

But his joy was short-lived as the offside flag was correctly raised.

England won the Group D match thanks to Raheem Sterling’s early goal and will play their second-round match against the runner-up of Group F next Tuesday.

Jordan Henderson thought he had his first #ENG goal…