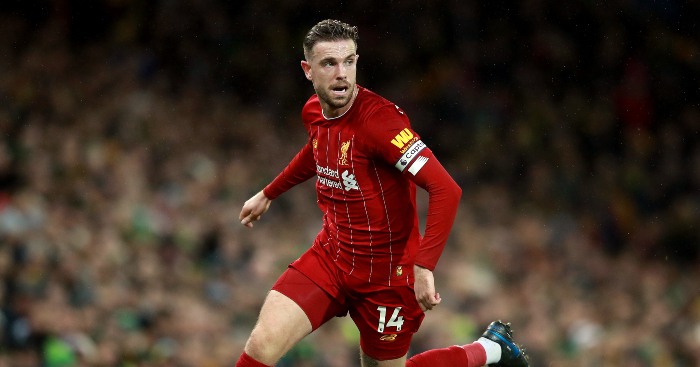 Liverpool captain Jordan Henderson may not be known as the most technically-gifted midfielder – but a clip has surfaced online that suggests he’s actually got the skills of Zinedine Zidane.

Henderson has often been criticised in the past for his limited skill on the ball and a perception that he takes the safe option when passing, earning a reputation as a workhorse in midfield.

But the England international has always had more ability than he has been given credit for – as a pass earlier this season that would make Xabi Alonso go weak at the knees proved.

And a clip has surfaced on Reddit of Henderson’s sumptuous first touch in a clash with Bolton, and now we don’t know what to believe anymore.