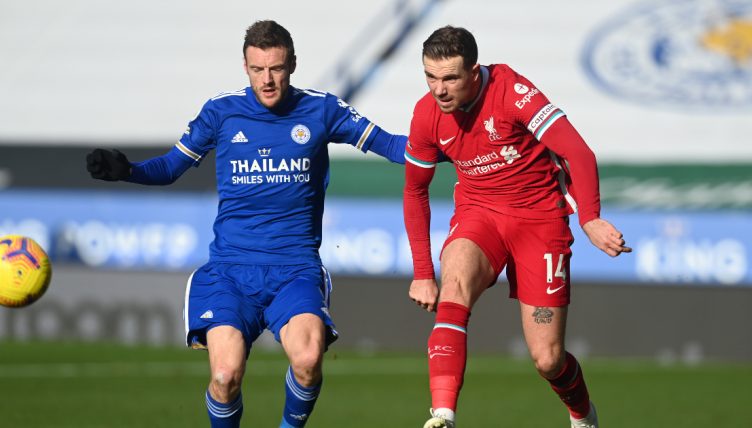 Liverpool conspired to throw away three points against Leicester City, but it was a moment while they still led 1-0 that perhaps summed up the Reds’ recent performances.

Jurgen Klopp’s men came into this clash off the back of a 4-1 humbling from Manchester City at Anfield, and he would have expected an emphatic response from his troops.

A Mo Salah goal in the 67th minute looked like it would lead to just that as well but James Maddison’s free-kick 11 minutes later triggered a meltdown.

Just before the ball nestled in the net, captain Jordan Henderson could be seen yelling right in the face of Thiago after the Spani international had conceded the set-piece on the edge of the area.

It has been a frustrating time for him since making the move to Anfield in summer, suffering a nasty injury against Everton that saw him out of action for a lengthy spell.

His return to the starting line-up has now coincided with a complete loss of form for the Reds and frustrations are really starting to show in the team.