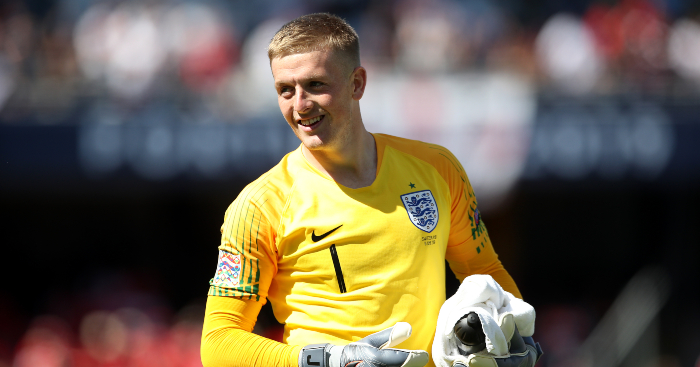 Everton goalkeeper Jordan Pickford had an eventful afternoon as he became England’s hero in the penalty shootout victory over Switzerland in the Nations League third-place play-off.

Pickford is firmly established as Gareth Southgate’s No.1 and made a couple of smart saves to ensure England kept a clean sheet.

And the former Sunderland man stepped up in the penalty shoot-out to score himself before saving from Josip Drmic to secure victory for the Three Lions.

Pickford had already caught the attention earlier on after microphones appeared to pick up the stopper berating the linesman: “He’s f*cking offside linesman you useless c*nt.”