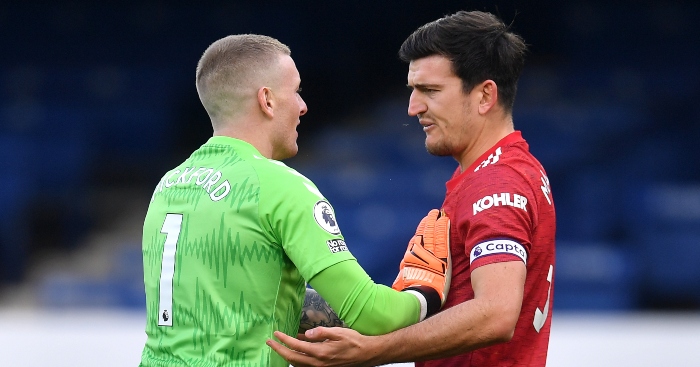 You’d think Jordan Pickford would be keeping a low profile, after his recent foul on Virgil van Dijk and being dropped for Everton’s match at Newcastle.

Pickford is no ordinary goalkeeper. Playing with the energy of a one-man wrecking ball, the England international fluctuates between eye-catching saves and head-scratching decisions.

He was in classic form during the match against Manchester United. During the second half, Pickford miscontrolled a bouncing ball in a crowded penalty area. Attempting to reclaim the ball, he kneed Harry Maguire in the stomach. VAR decided the offence was not penalty worthy.

Well-meaning, but clumsy – you can’t take your eyes off Jordan Pickford.

Keane and Pickford take a swipe at Maguire from r/soccer

Kepa, Stones and Pickford on list of players with most mistakes since 2015