Watch: Jordan Pickford produces a world class save for Everton 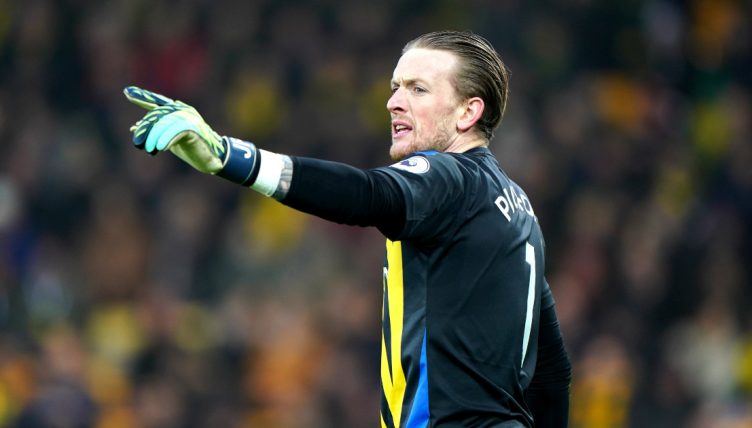 Jordan Pickford produced a world-class, save of the season contender with his foot for Everton during their 1-0 Premier League loss to Aston Villa.

Yet moments later he found out it would not be recorded when the linesman raised his flag late.

It was the correct decision, with Ollie Watkins a yard offside, but it did not take away from the Everton fans’ applause for their number one.

Emiliano Buendia, who scored the opening goal of the game just before half-time, delivered the ball for Ollie Watkins who headed it back across goal and seemingly beyond the Everton keeper in the 44th minute.

However, the England number one stuck his right leg out in the opposite direction to which he was moving, sending the ball away from goal.

It was a stunning, instinctive save that was rightly met with a standing ovation from the Goodison Park crowd.

Pickford gave himself a wry smile when he saw the delayed offside flag go up, knowing that potentially the save of the season would now not count towards his official record.

It has been yet another tumultuous season for Everton, who hired ex-Liverpool manager Rafa Benitez after Carlo Ancelotti left but have recently sacked him after a short time in the job due to disappointing results.

Duncan Ferguson has once again been placed in temporary charge of the team as caretaker boss, although there is no indication at the moment whether this could continue until the end of the season.

WHAT A FCKING SAVE JORDAN PICKFORD 🐐 pic.twitter.com/aODynyXzb0