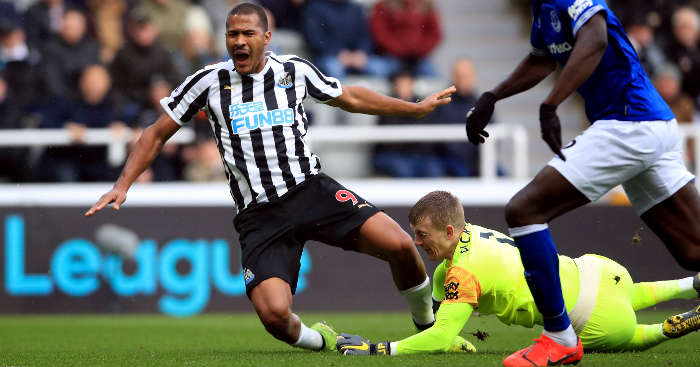 Everton’s Jordan Pickford will have enjoyed this penalty save against Newcastle, especially given his Wearside history.

The Sunderland academy product had conceded a first-half penalty as Everton were leading 1-0. After failing to catch the ball he put his arms around the midriff of Salomon Rondon, giving the referee no option to point to the spot.

He saved the subsequent penalty from Matt Ritchie and shortly after Everton doubled their lead but in the end, Newcastle won 3-2 after a remarkable second-half comeback.