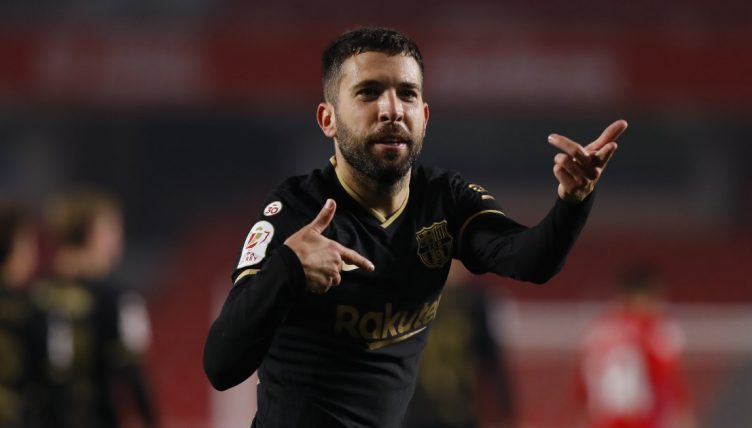 Jordi Alba was Barcelona‘s hero during their dramatic 5-3 win over Granada in the Copa del Rey quarter-final, providing two goals and an assist.

After Chelsea loanee Kenedy gave Granada the lead, former Tottenham striker Roberto Soldado made it 2-0 in the 47th minute.

Antoine Griezmann helped pull a goal back two minutes from time and Alba then scored a dramatic equaliser in injury time.

Griezmann headed home Alba’s cross and completed the turnaround in extra-time, only for Fede Vico to equalise from the spot three minutes later.

OH MY WORD…what a hit from Jordi Alba! 😍

A brilliant volley to all but seal Barcelona's place in the Copa semi-final 🔵🔴 pic.twitter.com/yVbtyE6YLU