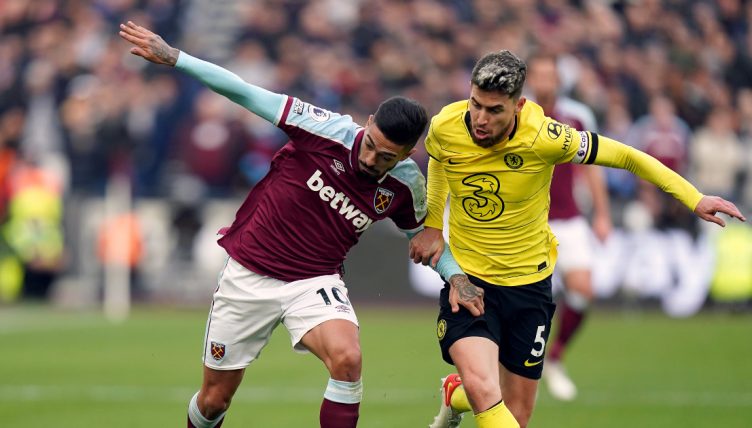 Mistakes from Chelsea’s Jorginho and Edouard Mendy led to West Ham winning a first-half penalty and scoring their opening goal as they beat their London rivals 3-2 in the Premier League.

Chelsea had opened the scoring through a Thiago Silva header from a corner, but a lazy backpass from Jorginho endangered his goalkeeper when Jarrod Bowen closed in on the loose ball.

While Mendy got their first, Bowen’s tenaciousness meant he managed to all-but-gain possession before a clumsy challenge from the goalkeeper brought the West Ham attacker down, giving away a penalty.

Manuel Lanzini promptly stepped up and fire home to equalise for the Hammers before Bowen and Arthur Masuaka also for on the scoresheet.

This was Chelsea’s second loss in the league this season and the Blues are now in danger of losing out on their top spot. Both Manchester City and Liverpool will leapfrog them if they win their games this weekend against Watford and Wolves respectively.

But West Ham’s victory means they are guaranteed to maintain their grip on fourth place this weekend.