Watch: Jorginho sends Thorgan Hazard towards the Autobahn with drag-back 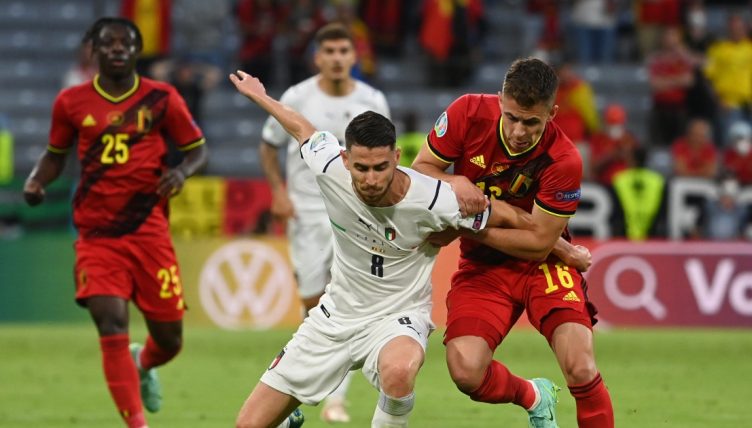 Chelsea midfielder Jorginho highlighted what a great Euro 2020 he’s having with a glorious drag-back on Belgium’s Thorgan Hazard.

Jorginho has started every game as Italy have arguably been the most impressive team in the tournament.

He was strong in midfield as Italy faced a Belgian onslaught in the second half and found the time to pull off the game’s most eye-catching piece of skill.

Italy won a corner and worked the ball to Jorginho who was stationed just outside the penalty area.

Hazard, who scored Belgium’s winner against Portugal in the previous round, attempted to close him down but Jorginho sent him in the direction of the nearest Autobahn with a silky smooth drag-back.

Having completed what he set out to do, he laid the ball sideways to Federico Chiesa.

Italy will face Spain in the semi-finals on Tuesday evening at Wembley.