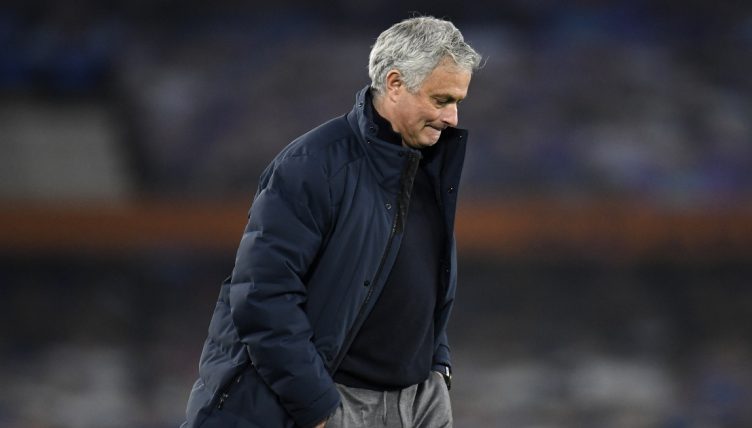 Jose Mourinho was given his chance to respond to Paul Pogba’s latest interview after Tottenham were held to a 2-2 draw by Everton on Friday night – and his reply to the Manchester United midfielder was blunt.

Pogba and Mourinho had a famously fractious relationship at Old Trafford, with one training ground conflict occurring in front of the cameras at an open training session.

In a recent interview with Sky Sports, the midfielder was asked about his time with the club so far and the difference in management styles between the Portuguese and Ole Gunnar Solskjaer.

“Once I had a great relationship with Mourinho,” he said. “Everybody saw that and the next day you don’t know what happened. What I have now with Ole is different because he wouldn’t go against the players.”

🗣"I would like to say I couldn't care less with what he says."

Jose Mourinho reacts to Paul Pogba's comments on him as a manager at Manchester United pic.twitter.com/W1WjthkveA