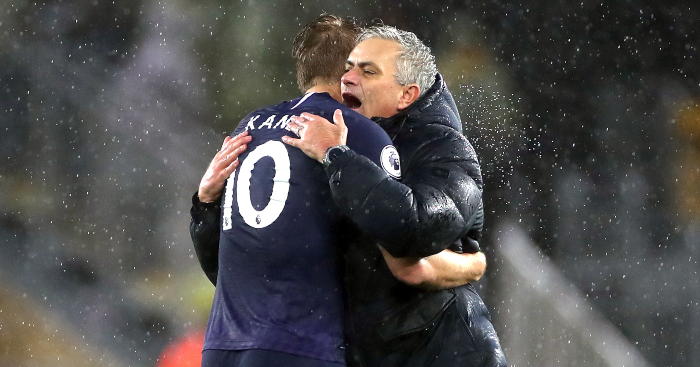 Tottenham continued their impressive start to life under Jose Mourinho with a backs-to-the-wall 2-1 victory at Wolves on Sunday.

After Spurs took an early lead through Lucas Moura, Wolves caused the visitors plenty of problems and equalised in the second half through Adama Traore.

Despite being on the back foot for much of the match, Spurs snatched victory late on thanks to Jan Vertonghen’s header.

The result means the north Londoners are now just three points off the top four, an eye-catching turnaround from the position Mourinho inherited when he replaced Mauricio Pochettino.

And the result obviously meant a lot to the Portuguese, judging by his celebration.