Watch: Jose Mourinho close to crying as he talks about missing football 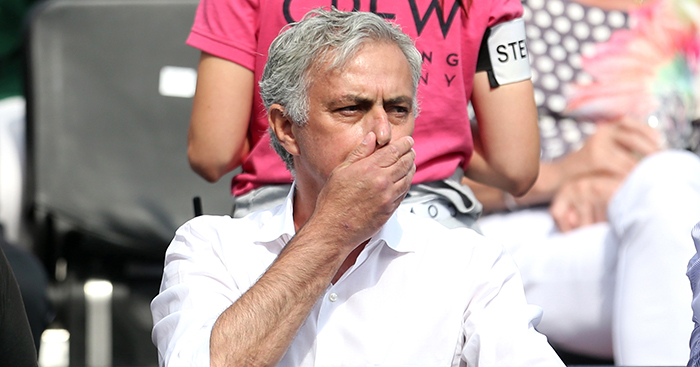 It’s now been eight months since Jose Mourinho was sacked by Manchester United – and the Portuguese is clearly missing life as a manager.

Mourinho left Old Trafford on December 18 following a 3-1 defeat to Liverpool which left United sixth, 19 points behind their north-west rivals in top spot and actually closer in terms of points to the bottom three.

Still, Mourinho retains an outstanding reputation in the game and was linked with the Real Madrid and Paris Saint-Germain jobs only for the former to reappoint Zinedine Zidane and the latter to stick with Thomas Tuchel.

It means Mourinho is now on his longest break from management since when he left Chelsea in September 2007 and then joined Inter in June 2008.

It’s fair to say he’s past the point of enjoying it.

“The moment I went to professional football was when I had the click,” the 56-year-old said.

“And now I stop, and instead of enjoying it, I can’t really enjoy it. I miss it.”

José Mourinho tears up while saying he misses football. pic.twitter.com/ZdAAGQkpKA