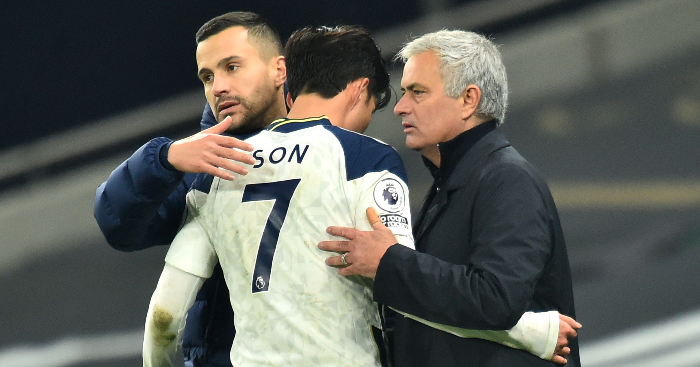 Remember all those articles you read about how Jose Mourinho had lost it? Well, Tottenham appears to have given him a new lease of life.

Just look at this latest clip after their big 2-0 win in the North London derby, which demonstrates the mischievous side of his character. It’s like watching Jose 1.0 from his first stint at Chelsea.

Son Heung-min was beaming after the starring role he played in the win, scoring a sensational long-range effort early on before playing in Harry Kane for the second.

But Mourinho loves keeping him on his toes and barged into the post-match interview to tell him Son goal was sh*t, reminiscent of a couple of months back at Southampton when he interrupted to point out the South Korean wasn’t man of the match after his four-goal haul, but Kane was for his four assists.

We could never quite work out if he was joking then, but he definitely is here.

Andy Reid on Spurs & Lasagnagate: ‘It was a hell of a coincidence