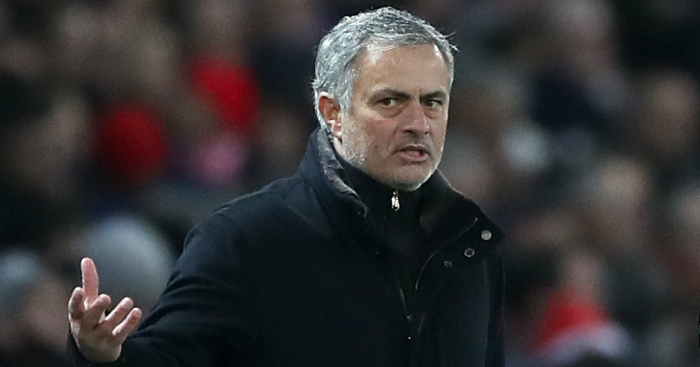 Manchester United crashed out of the Champions League in the last 16 with a home defeat to Sevilla this week, prompting Jose Mourinho to claim that it is “not something new for the club.”

Mourinho made the bizarre claims immediately after the match, saying: “I sat in this chair twice in the Champions League after knocking out Manchester United at home, at Old Trafford.

“In this chair with Porto and Real Madrid, they are out both times. It is not something new for the club.”

And, as well as claiming that many Sevilla players would get into his United side, Mourinho hasn’t stopped there, launching into a seething tirade in his pre-match press conference, ahead of their FA Cup tie with Brighton on Saturday night.

“Can you tell me what’s the difference between being out of the Champions League in the last 16, or in the quarter final,” he strangely asked the assembled media.

Watch the United boss dig himself an extraordinary hole below.