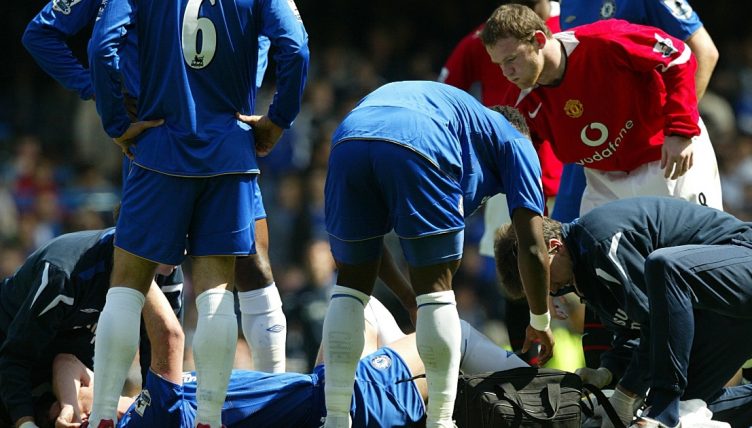 Wayne Rooney has revealed his plan was to deliberately ‘hurt’ title rivals Chelsea by changing to ‘longer studs’ in a Premier League fixture at Stamford Bridge in 2006.

Manchester United’s all-time top scorer made the revelation in his new Amazon Prime documentary. The inevitability of Chelsea retaining the league crown in the 2005-06 season was too much for the born-winner to take.

It was England team-mate John Terry who was the unfortunate Chelsea star to feel the full force of Rooney’s simmering anger. A thunderous tackle left him – England’s star centre-back at the time – stricken on the turf and needing crutches.

The thought of a player going out to purposely injure one of your players, you suspect would be difficult to stomach for a lot of managers, but Mourinho understands the mindset of Rooney at the time.

“Probably some people will say, ‘Wow, that’s not a very nice thing to do, to feel or to say,” Mourinho said in the documentary.

“But for football people like me we look at it from a different perspective.

“He’s just a young guy who is upset and frustrated, and who doesn’t accept to lose a title for the second time [in a row], which for me means a lot in relation to the character.”

Rooney also went on to suffer a broken metatarsal later in the same match – an injury that hampered his World Cup performance later that year. It is believed his choice of studs may have had an impact on this happening.

"I changed my studs, put longer studs in…"