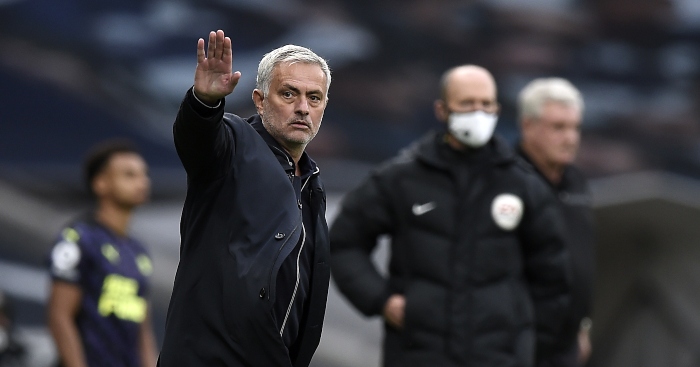 Tottenham manager Jose Mourinho stormed down the tunnel before the full-time whistle after Newcastle United scored a controversial late penalty.

Lucas Moura had broken the deadlock with his first Premier League goal in 2020, tapping home Harry Kane’s cross from close range in the 25th minute.

Son Heung-min, who scored four goals in the recent 5-2 win over Southampton, hit the woodwork twice in the first-half but Spurs couldn’t put the game to bed.

Newcastle were then given a controversial penalty in injury-time after Andy Carroll headed a cross against Eric Dier’s arm from close range.

Callum Wilson stepped up to score the penalty, with Mourinho subsequently marching straight down the tunnel in disgust.

Goalkeeper coach Nuno Sacramento was then sent off after the final whistle for his remonstrations.