Watch: Jose Mourinho storms onto the pitch and is sent off in Roma friendly 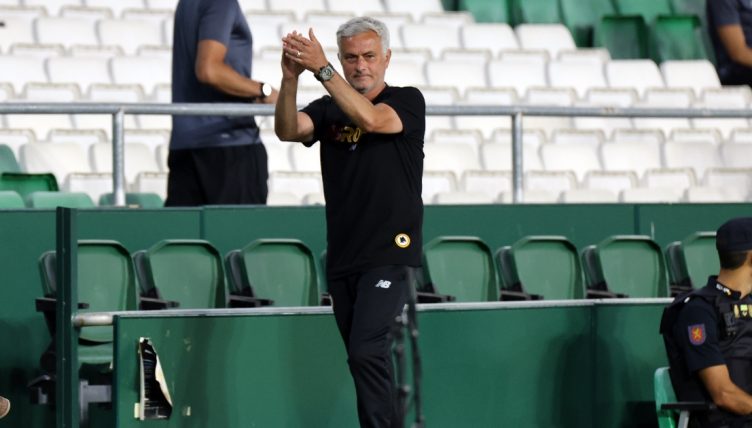 After being sacked by Tottenham in April, Jose Mourinho is now back in Italy with Roma and pre-season has already thrown up plenty of drama.

Mourinho famously led Inter Milan to the treble when he was last in a Serie A dugout and there is no doubt that he will have equally lofty ambitions for his time at the Stadio Olimpico.

As they prepare for the new campaign, Roma travelled to Spain to face Real Betis in a pre-season friendly on Saturday night. But it turned into anything but that.

Four red cards were shown as Betis ran out 5-2 winners at the Benito Villamarin Stadium. It all kicked off after Alex Moreno put Manuel Pellegrini’s side 3-2 ahead but appeared to handle the ball over the line.

Lorenzo Pellegrini was shown a second yellow card for his protestations in the aftermath. Then his manager got involved.

Baffled by the goal being given, Mourinho stormed onto the pitch to talk to the referee and was promptly shown a red card of his own. The final 30 minutes also saw Gianluca Mancini and Rick Karsdorp sent off for Roma.

Take a look at the latest in a long line of classic Mourinho moments.